Baby teeth will start to come through the gums usually in a specific order and age. When looking for teeth to start emerging through the gums, here is a guide as to which and when baby teeth come in first.

The first molars are next and it is generally the upper first molars that come in first between 13 and 19 months of age. The lower first molars follow closely behind the uppers between the ages of 14 to 18 months. These are the wider teeth toward the back of the mouth. 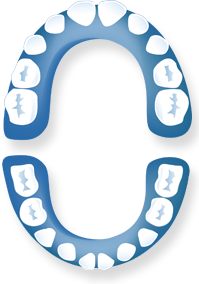 The cuspid or canine teeth come in after the first molars. The upper canines fill the gap between the incisors and first molars at about 16 to 22 months. The lower canines appear around 17 to 23 months of age.

The lower second molars which are the rear wide teeth generally come in around 23 to 31 months. The upper second molars come in after the lower ones between 25 to 33 months of age. These are the final teeth to come in.